Shoppers to spend over £4.2bn on groceries in week before Christmas

By Chloe RyanDecember 13, 20172 Mins Read
Facebook Twitter LinkedIn Email
Share
Facebook Twitter LinkedIn Email
After a slow start to Christmas grocery shopping following a mild November and the distraction of Black Friday, it’s anticipated that a record £4.2 billion will be rung through the tills of the UK’s leading supermarkets in the week before Christmas day, according to Nielsen retail data.

With only one-third of shoppers expected to spend less on Christmas food and drink than last year, the £4.2 billion represents 3.6% more than the corresponding week last year and 50% more than a typical week in the year.

“With Christmas Day falling in a Monday, people are likely to delay their big Christmas shop until the final week and we expect nearly all shoppers will visit a grocery retailer at least twice that week,” said Mike Watkins, Nielsen’s UK head of retailer insight. “There’ll be a particular surge between Thursday 21 and Saturday 23 – when over half of shoppers are likely to be shopping for the second time that week – with one in five shoppers indicating Friday will be the preferred day, allowing the weekend to be spent with friends and family.

“The seven days trading available up until the Sunday is good news for the supermarkets which should benefit the big out of town stores in particular as shoppers take advantage of Christmas promotions and stock up on fresh foods.”

During the last four weeks (ending 2 December), takings at grocery retailers tills was 3.4% higher versus the same period a year ago, however, excluding the discounters it was 1.3% higher².

Among the Big Four, Tesco had the most improved performance over the last 12 weeks with sales up 3.4% year-on-year, followed by Sainsbury’s at 1.9%. Outside of the discounters, Marks & Spencer had the best sales growth figures, up 4.6% year-on-year. 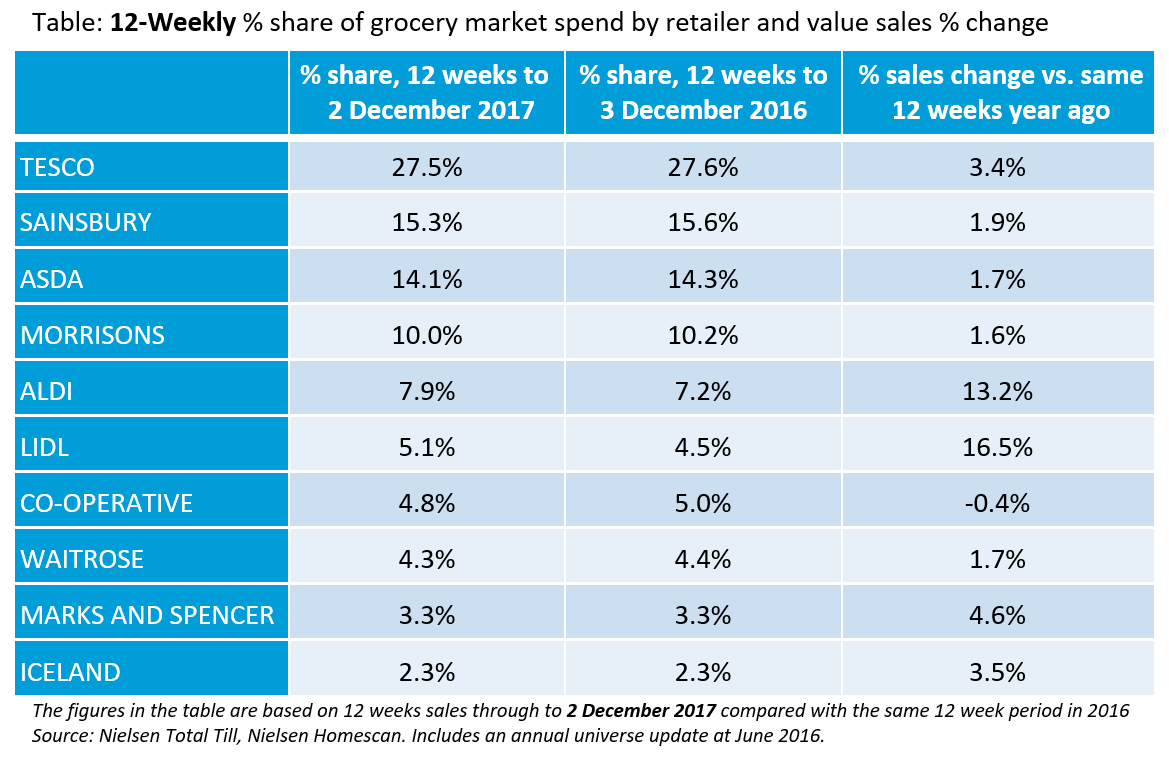 The potential of beans in poultry diets

August 15, 2022
We use cookies on our website to give you the most relevant experience by remembering your preferences and repeat visits. By clicking “ACCEPT ALL”, you consent to the use of ALL the cookies. However, you may visit "Cookie Settings" to provide a controlled consent.
Cookie SettingsREJECT ALLAccept All
Manage consent