This 4.4% increase in takings at the tills – across the 21 European countries measured – was due to shoppers buying 1.8% more items and paying 2.6% more per item than they did a year ago. The higher prices were a combination of price inflation and shoppers actively choosing more expensive goods.

“After a few tough years, 2017 saw a dynamic economic environment across Europe with positive consumer confidence in the region and record highs in several countries,” said Olivier Deschamps, Senior Vice President Retailer Services Europe. “This contributed to a strong year for grocery retail, particularly impressive considering shoppers’ savings mindset such as looking for the best deals and a bigger preference for the discounters.

“One of the reasons for the growth against this backdrop is the performance of local brands over the leading international players. They’ve capitalised on the revival of “local pride”, tapping into consumer and retailer tastes towards premium, local champions, particularly the focus on health and wellness through organic and free-from ingredients. Health now being one of Europeans’ two biggest concerns.” 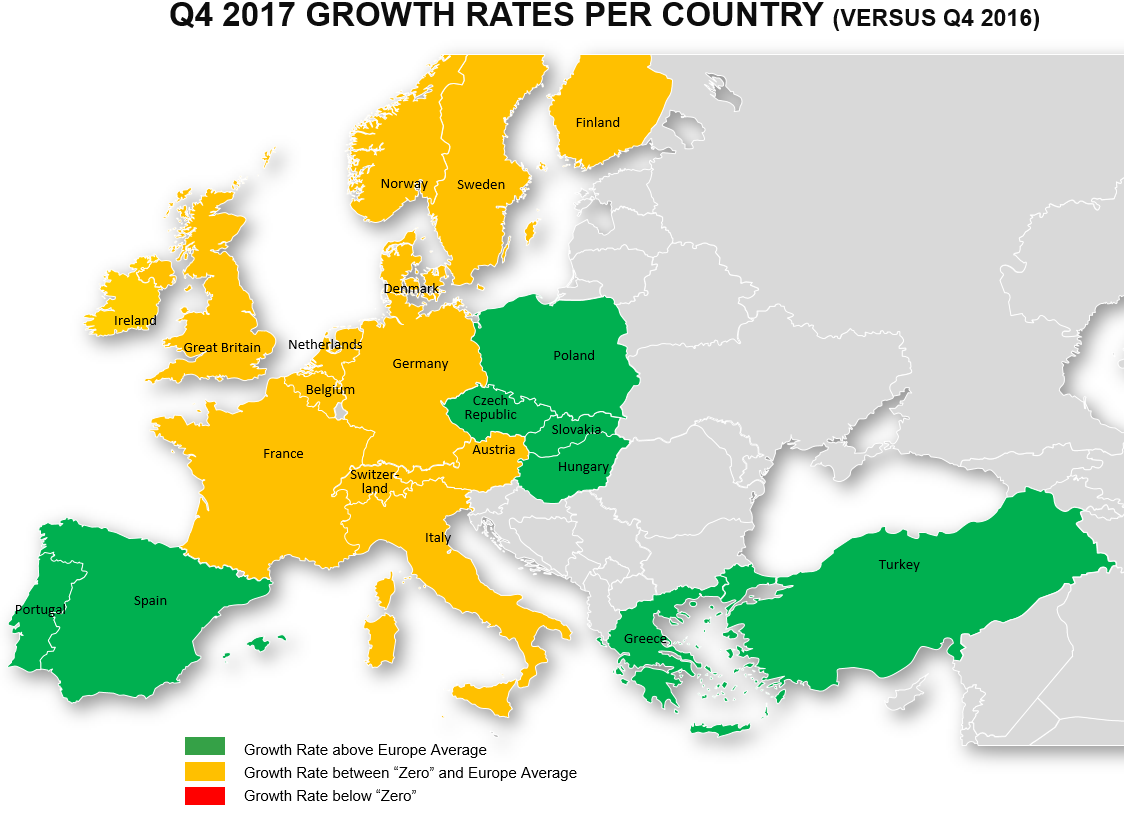 Spain’s growth rate (+5.3%) was the highest among the big five western European markets, followed by the UK (+4.0%), whilst France had the lowest growth among this group (+2.8%). 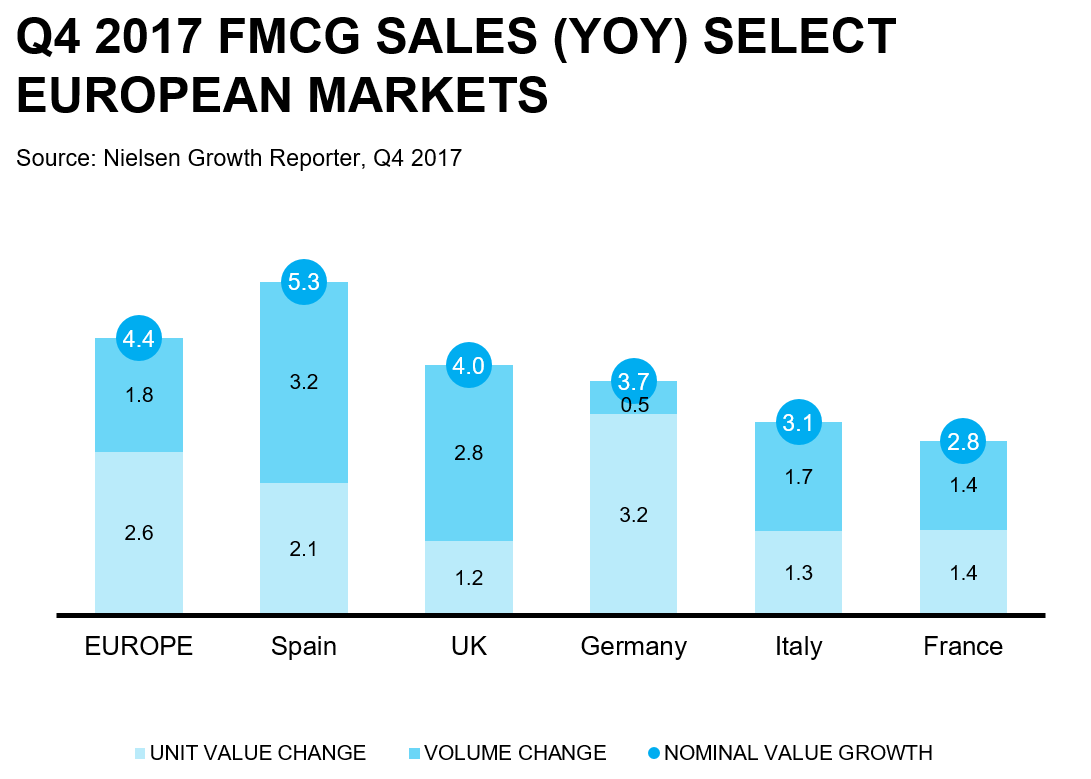 Europe’s 4.4% nominal growth reflects a 2.6% increase in prices paid and a 1.8% increase in volume“Despite GDP growth slowing slightly in some of the Eurozone’s largest economies, the IMF puts 2018 GDP growth at around 2%, which suggests that economic stability will continue to support grocery sales in Europe,” notes Deschamps. “Two growth areas in particular to look out for are e-commerce and private label. Retailers continue to revamp their own brands, upgrading ranges and investing in marketing to tap into consumer needs around competitive prices but good quality.”
Share. Facebook Twitter LinkedIn Email
Previous ArticleRed Tractor Assurance to launch TV advertising campaign
Next Article Egg Producer and Joinery Contractor fined after worker falls from roof

May 13, 2022
We use cookies on our website to give you the most relevant experience by remembering your preferences and repeat visits. By clicking “ACCEPT ALL”, you consent to the use of ALL the cookies. However, you may visit "Cookie Settings" to provide a controlled consent.
Cookie SettingsREJECT ALLAccept All
Manage consent