Comment: We need more support when activists break in 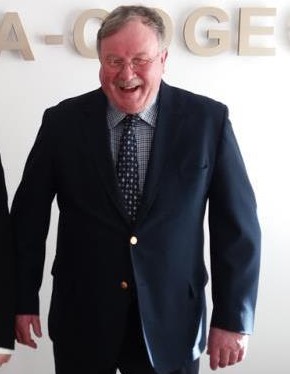 By Charles Bourns, broiler grower, Gloucestershire
I do not know how to start my piece this month as I feel so angry and sad for our successful industry. Why, might you ask when everything appears on the surface so good? The reason is quite simple. I am fed up with our industry being treated with total lack of respect by all and sundry.
In the past few months, we have had neighbours of ours broken in to by animal rights activists. They made films and then sent them to our standards company, and then without a telephone call they turn up on the farm unannounced to check up on the farm.
Surely the farm should be told? Especially as the film showed a well run, tidy, smart farm; one I would be proud of. The human cost is enormous. The farm manager feels violated, to say the least. It can take years to get over something like this.
The people filming should be treated as criminals. After all, they have broken into and entered the farm; they have disturbed and caused distress to the chickens as they are usually in their dark period. Of course, they think it is ok because they are wearing PPE and dip their boots! No-one seems to care as they do it in the name of welfare. Well, whose welfare exactly? Not the farm manager’s or the chickens’. Maybe we need to break into some of these people’s homes and see what happens? Probably a day in court and a fine.  I know this to be true as when the right to roam bill came in a group of us went into a very smart part of Bristol and started to roam through people’s gardens with obvious consequences! But the point was made.
We are not alone in this. Farms in the Netherlands are coming under extreme pressure from activists and some are trying to have a law passed where stocking density would be lowered to 18kg per square metre and the catchers would have to catch the chicken one at a time putting their hands around the birds’ wings and under the breast. Imagine having to catch like this whilst only allowing four hours’ transport time including loading and unloading, and all this when the temperature cannot be below 5 degrees or above 25 degrees. If all this was not so serious, I would laugh.
The other big problem locally seems to be the lack of labour which is beginning to affect the whole processing industry. Everyone seems to still look to the old eastern Europe to fill the gap, but the labour is not available anymore as these countries are now becoming more prosperous and they need their workforce back. We will have to look elsewhere until we are fully automated. Someone suggested Mexico.
On the farm we are going to put in an ozone machine in the feed augers to purify the feed. I am told it will lower our mortality but on the RSPCA Assured birds if you discount the first four days it is running at about 1.25%, so I think they will have a job! But nothing ventured, nothing gained. At least the weather has warmed up, so the gas has been turned off at long last. Sorry, gas usage is becoming an obsession of mine.
Lastly, I would recommend anyone who has not watched it to watch Jeremy Clarkson’s amazing venture into farming, which is being streamed on Amazon now. He has probably done more in these few programmes to communicate farming in all its glory to the public than anyone else I know. Let’s hope he keeps it up. I know his shop is now manic every weekend. I really admire him for what he is achieving.