A fire at a chicken farm in the Berkshire village of Shurlock Row has destroyed a large chicken shed and killed the birds inside.

According to report in the Bracknell News, fire and rescue crews managed to rescue some of the chickens, but many more died.

The fire, which burned throughout Saturday night, spread embers as far as the M4 motorway.

“We got called at about 8pm to reports of lots of smoke and flames in the area,” Paul Jones, duty manager for Royal Berkshire fire and rescue told the Bracknell News.

“We then got a phone call from the address reporting a large chicken shed on fire. We originally sent crews from Bracknell and Maidenhead but when they arrived they saw what was a very intense fire and requested additional support.

“We ended up with nine vehicles here at the height of the incident. We also needed off-road units and command units.” 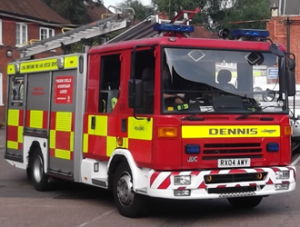 Comment: Retailers must pay more if they want British poultry