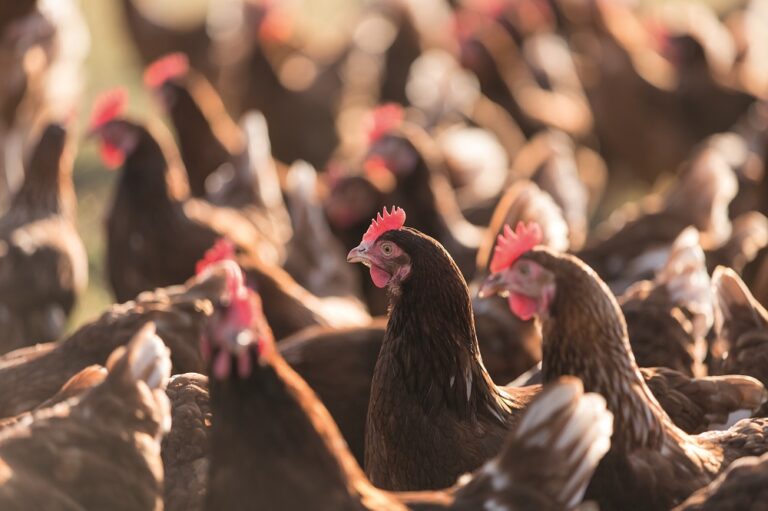 Bone quality in egg-laying hens benefits from a common feed supplement as well as from traits that help their skeletons store calcium, a study led by scientists from the Roslin Institute has shown.

The nutritional additive, betaine, could complement programmes to improve bone quality in hens that lay eggs, which are at risk of osteoporosis, scientists concluded.

In a separate Roslin study, it was found that selection for hens with an adaption to store calcium that is associated with bone strength, known as mineralisation of medullary bone, could also improve bone quality.

The timing of puberty may also play a role in bone strength, whereas the amount of eggs a hen produces has no effect on their bone quality, the second study also showed.

Findings from both studies could aid poultry breeders in deciding which animals to breed, researchers say.

Scientists investigated the effects of a nutritional intervention on chicken bone quality, after previous results suggested it might play a role.

Chickens were fed with one of four diets containing different amounts of dietary betaine, from when they were hatched until they stopped laying eggs.

Blood and bone samples were collected at different stages. Analyses measured the concentration of a blood component that is inversely linked to bone quality, and bones were examined with X-rays and a bending test.

Addition of dietary betaine improved bone strength in laying hens, scientists observed. Egg production and quality was excellent throughout the study and were not affected by the dietary treatments.

The study was funded by animal nutrition technology company AB Vista and is published in British Poultry Science.

Maisarah Maidin of the Roslin Institute said: “Our results demonstrated that adding betaine to the diet of laying hens makes their bones stronger, therefore improving animal welfare of these food-producing animals.”

Hens that lay lots of eggs do not experience loss of bone quality, the related study suggested.

Scientists examined heritability of bone strength through statistical analyses that accounted for body mass, egg production, and measures of bone strength obtained through a bending test, X-rays and chemical composition.

The study, in collaboration with the Swedish University of Agricultural Science, breeding company Lohmann Breeding and the University of Granada, was funded by national funding bodies coordinated through the European Union Animal Health and Welfare ERA-NET scheme. It is published in Genetics Selection Evolution.

Professor Ian Dunn, Personal Chair of Avian Biology, Roslin Institute, said “We wanted to test whether the amount of eggs produced by egg laying hens makes them more susceptible to bone fractures and keel bone damage, and found no demonstrable effect. We observed that the onset of puberty and mineralisation of the medullary bone, which are specific to laying hens, affect bone quality. Breeders could use genetic, environmental and management factors to influence these traits to improve the quality of the skeleton of laying hens.”