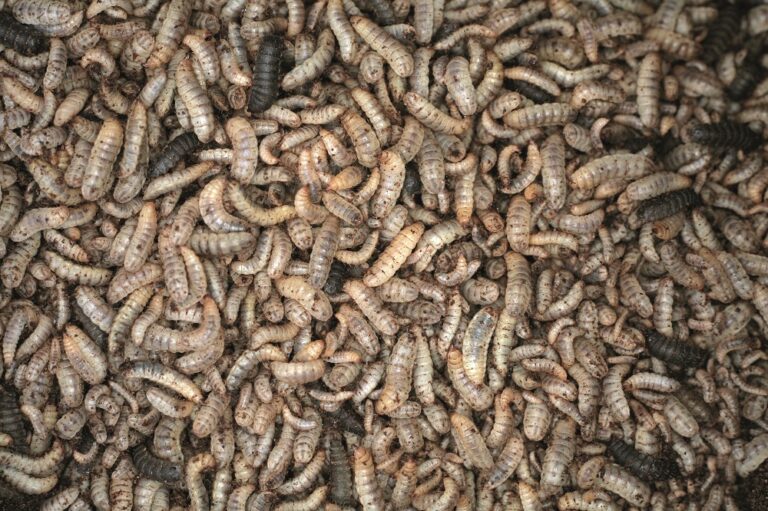 Using insect meal to feed livestock and dish could cut the UK’s future soya footprint by a fifth, according to new report published on 1 July. The research, commissioned by WWF in partnership with Tesco, highlights the huge potential for insect farming in helping to tackle climate change.
‘The Future of Feed: a WWF roadmap to accelerating insect protein in UK feeds’ projects the total demand for insect meal from the UK’s pig, poultry and salmon sectors could reach around 540,000 tonnes a year by 2050. This could result in about 16,000 tonnes of fishmeal and 524,000 tonnes of soy being replaced – equivalent to one fifth of the UK’s projected soy imports in 2050, or Tesco UK’s entire 2018 soy footprint. Around 150,000 hectares of land is required to produce this amount of soy annually, almost the size of Greater London.
Animal feed accounts for around 75% of soy production, but cultivation of the crop is fuelling climate change, deforestation and habitat conversion in several key ecosystems, including the Brazillian Cerrado, where more than 100,000 hectares of precious habitat is lost each year to make way for soy production.
In addition to reducing deforestation risk, insect farming has the advantage that many insects are biological waste processors, helping to recycle and decompose material. They can be reared from a vast range of feedstocks, or substrates, and can process surplus food, by-products and other raw materials which might otherwise go to waste.
Currently, processed insect protein cannot be fed to any farmed livestock intended for human consumption. The EU has said it will amend legislation to permit its use in pig and poultry feed, and the UK could follow suit. Even though the use of insect meal is permitted within aquaculture, the volumes are currently too low and so prices are high, preventing significant uptake.
This new research suggests around 240,000 tonnes of insect meal per year could potentially be sourced from UK insect farms. But the growth of the industry in the UK is lagging behind mainland Europe and North America. Some new UK facilities are in construction, but the sector is constrained by several factors, including only a limited number of substrates being authorised for rearing insects which are intended to be used in animal feed.
WWF and Tesco are calling on the UK government to mandate the Food Standards Agency, with input from Food Standards Scotland, to research the potential and regulatory requirements for using additional substrates for insect farming, which could allow a broader range of feedstocks to be used to farm insects.
Tesco is also urging the government to develop financial incentives to support innovative farming methods, such as insect farming, which will support the scale up of these new industries. WWF calls for aquaculture suppliers and retailers to work together to increase demand for insect meal, supporting the move away from a feed system that drives the destruction of nature.
Ashwin Prasad, Chief Product Officer, at Tesco said: “The development of alternative animal feeds like insect meal is vital in tackling the environmental impact of food production. Retailers like Tesco and the food industry as a whole have a key role to play in scaling up the use of insect feed, and we’re already trialling its use in our aquaculture supply chain.
“We’re calling on Government to build on this report and develop financial incentives to support innovative farming methods, such as insect farming, which will support the scale up of these new industries.”