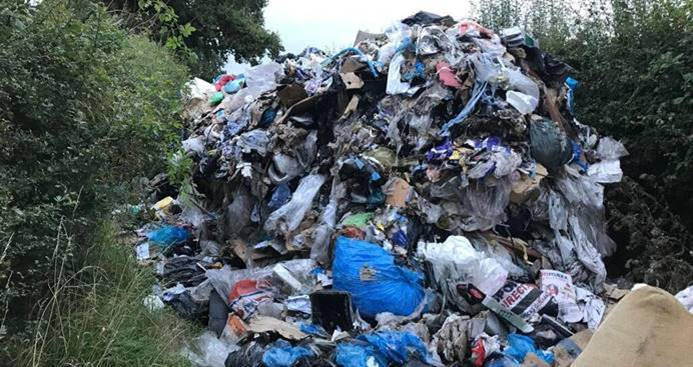 New figures from the Environment Agency show farmers are the group most affected by large-scale amounts of rubbish being illegally dumped.
The NFU said the rising number of incidents is having a devastating impact on farming businesses across the country and is calling for more to be done to prevent fly-tipping from taking place, making the public more aware of their responsibilities and proper punishments for those caught.
NFU Deputy President Stuart Roberts said: “This survey has again thrown into sharp focus the extensive problems fly-tipping is causing. I hear every day about industrial-scale amounts of rubbish such as builder’s rubble, old furniture, kitchen appliances and used tyres being dumped in fields.
“In fact, our own rural crime survey in March revealed fly-tipping was the most prolific crime experienced by our members, with nearly half (48%) of those surveyed saying they had been affected by fly-tipping in 2020.  Not only is it affecting the hard work of our farmers in producing food and caring for the environment, but it’s taking a huge toll on farming families both emotionally and financially.
“These crimes must be taken seriously. We need to understand the links to organised crime and commit to levelling up¹ policing for both urban and rural areas to create a safer, cleaner and greener rural Britain.
“Offenders caught dumping waste illegally must also see the fines as a proper punishment and these must act as a deterrent.”