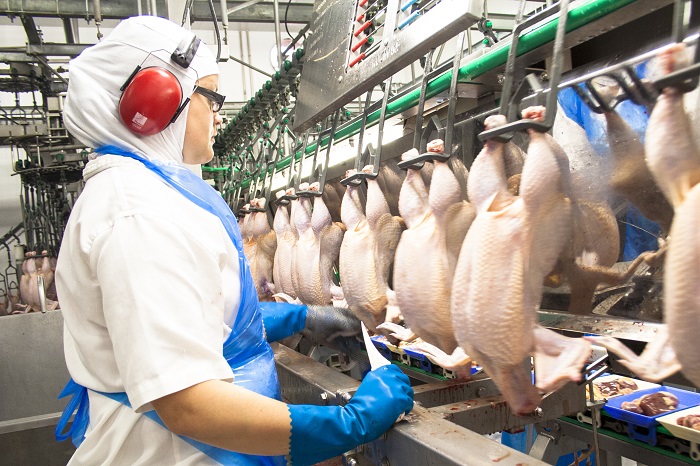 Production of British poultry meat has fallen 10% in the past few weeks in response to a lack of available labour, the British Poultry Council has said.
The BPC said a shortage of people across farming and in processing plants was now hitting production.
Entry level roles (requiring a Level 2 qualification) are where the sector is facing greatest difficulty. BPC chief executive Richard Griffiths said: “We generally operate in areas of high local employment so there is a limit to availability of UK workers and there is negligible appetite from UK workers to move from other parts of the country. When it comes to non-UK labour – either from the EU or further afield – we have seen reducing numbers willing to come to the UK, the immigration barriers of salary and skill have been raised way beyond what we can manage, and the cost of bringing people is being prohibitive.”
Some poultry meat businesses have invested more in automation to address the shortage, this is not a complete solution.
“While technology will create higher skilled jobs in the future, we will always be reliant on people,” said Griffiths.
He said the government could help ease the problems facing the industry by including poultry meat supply chain workers on the ‘skilled worker list’ and reduce unnecessary thresholds on salaries and skills. He also asked government to create pathways for seasonal workers with minimal administrative burden to support seasonal businesses, which would benefit the Christmas turkey supply chain.