The control of coccidiosis in broilers is becoming ever more difficult and in some situations is the main challenge on farm. Vet Richard Turner of St David’s Poultry Team describes the challenge and how farmers can best cope with the problem. 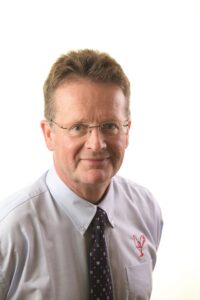 For years we have relied heavily on the coccidiostats in feed. Combined with better cleanouts, floor burning and more directed disinfection, we have managed to keep the problem at bay.

Over the last year or so it has become clear that resistance to our main coccidiostats is more common and this has led to a slow build-up of resistant strains on farm. There will be many who argue that resistance is not an issue and to be fair, testing for resistance to coccidiostats is uncommon as it is expensive and difficult to carry out. We have relied on lesion scoring to monitor efficacy and this has tended to show low levels of infection.

So why am I saying there is an issue? We see many more farms where there is not only late coccidiosis (after thinning) but also where there are high oocyst (coccidial eggs) counts but no real lesions.

To understand what is happening we need to look at the life cycle and the environmental factors needed to make coccidiosis a clinical disease. There are some basic facts. The oocyst needs moisture to move to the infectious stage and this is called sporulation. If the environment is dry, then sporulation of the oocyst doesn’t happen and whilst the oocyst is still ingested by the bird, it cannot move forward in its life cycle.

Next, we need to recognise that in summary each sporulated oocyst produces a limited number of sporozoites and they go on to eventually produce a fixed number of sexually mature gametocytes which then produce a maximum number of second generation oocyts and so the cycle continues.

The point to remember that unlike bacteria and viruses, coccidia produce a maximum number of offspring. The lifecycle of the coccidia varies with the time it takes for the oocysts to sporulate but can be between 7 and 12 days.

The bird has adapted over time to have spare intestinal capacity and the damage done by low levels of coccidia has no clear effect on the droppings or the litter. There will be a low level of reduced performance, but this is masked by other ‘background noise’. All houses have a residual oocyst level whatever cleaning we carry out.

So, now we have a limited multiplication of a parasite which therefore needs multiple generations to produce enough cellular damage to create an enteritis. However, there is another interchange going on which is the immunity of the bird and what affects that.

The main controllable immune suppressant is Gumboro virus and to help things along we often give a mildly hot live Gumboro vaccine, just at the time the coccidial infection levels are rising. On top of Gumboro, the birds have some maternal immunity to CAV (Chick Anaemia Virus), but this is also dropping by 21 days.

Moving on from infectious agents there are many other less well-defined stresses which seem to encourage clinical coccidiosis to occur. These include environmental changes, feed changes and concurrent disease. It is now clear that some pathogens such as some E. coli strains are changed by the chemicals released by stress and become more invasive. It is entirely possible that stress plays a role in either making the lesions of coccidiosis more prevalent or allowing for more sporozoites to develop into mature forms.

So how does this all lead to more clinical coccidiosis? Over the last 10 years there have been a lot of new houses coming into use, with a lot having better ventilation and hugely improved heating systems. Drier sheds, less leaking drinkers and better ventilation all lead to slower build-up of coccidosis. Clear span houses are easier to clean with better internal surfaces and as long as turnarounds are not too short, we can at least get them dry before bedding is placed. Go back to the days before good heating and litter was often placed on wet floors.

It therefore takes longer for the life cycle of the coccidia to reach maturity and also, as we are hopefully starting from a lower level, it takes more life cycles to reach a point where clinical signs develop.

The huge issue is that with clinical coccidiosis tending to occur late in the bird’s life (28 days), there is less time to recover the intestine. Our aim has been to try to drive the levels of coccidial challenge downwards so that the birds are dead before the levels reach a point where there is actual real performance reduction. This is looking less possible as the bird grows faster, drinks more water in a shorter time frame and has a better FCR. If you eat less, you eat less coccidiostat.

So, what can be done? Over the last five years or more we have been investigating the use and efficacy of alternatives to the traditional coccidiostats in feed. There have been no new coccidiostat core chemicals for many years and it would appear unlikely that there will be any soon.

The traditional and most used approach in the UK is to use a chemical, probably Nicarbazin, with the possible addition of an ionophore in the first 18- 21 days. The birds then move onto an ionophore which allows some coccidial development with the aim of allowing immunity to develop. There are new brands of old products available, but we cannot get away from the fact that coccidial levels rise even with these in the feed.

Vaccines against coccidia have been available for years in parents and layers but are seen as too expensive in broilers. They also require cycling of the vaccine strains which will therefore suffer from the same problem of dry houses. There is ongoing work with PrognostiX to look at the correct house environment to allow for vaccine strain cycling. The concern often expressed is about the control of clostridia bacteria which to a certain extent is a side effect of the ionophores.

As well as reducing other stresses and making sure Gumboro is well controlled, our main approach has been the use of essential oils. We already use a large amount of these products to affect coccidial damage in both broilers and gamebirds and it is clear that their mode of action is both antibacterial and possibly to reduce the ability of the coccidia to damage the intestinal cells. They are licensed as feed additives and have to be used correctly. They are not a replacement for conventional medicines and are not therapeutic in effect, but are very useful on top of the coccidiostats already in the feed.

Whilst many of the products have mainly been used in the water, we have also trialled other presentations in feed. In one large trial we totally removed traditional coccidiostats and replaced with a mixture of three essential oils which, after some trial and error, resulted in broilers being healthy and only one day behind the birds on conventional coccidiostats. This shows that there is an effect of these essential oils and we are now looking at using them on top of in feed coccidiostats with the aim of protecting the intestinal cells from coccidial damage as well as a possible pure anti-coccidial effect.

So, as a broiler farmer where does this all lead? For a start, do you know your coccidial levels? In Ireland, we test all broiler farms and have a very good understanding of the coccidial challenge. Coccidia can be a huge cost and to carry out oocyst counts and lesion scoring at 14, 21 and 28 days on farm twice a year is hardly a great expense.

Next make sure you have a coccidial based cleanout and are using the best disinfectants. Most anti-coccidial disinfectants will also have effects on bacteria and viruses. Not all brands are as good as each other, so please don’t just buy on price, make sure it’s the best product and the right concentration. Where farms have turkeys growing before chickens (each species has its own coccidia) there are often good results and where farms are rested for longer and deep cleaned there is usually a very good first crop. Use the break at turnaround correctly, make sure it’s not just a time for the farm manager to have a well-deserved break and leave a less experienced person to manage the cleanout.

Make sure you know your Gumboro status, carry out blood or PCR testing at least six-monthly to be sure that just because you purchased a Gumboro vaccine it is both the right type of vaccine and used correctly. Never be complacent about Gumboro and have an annual vaccine administration audit. So often we find issues of administration.

Next, keep drinkers leak proof and at the right height. Dry litter slows coccidial development. Ventilate correctly and do not allow wet areas to develop and re-litter around windows if these areas are heavily used by birds.

Finally consider the use of added essential oils to the water or if you can, to the feed. If the political pressure to remove ionophores continues or increases, we will have to be able to use essential oils and other alternatives. Good gut health, tight intestinal cell junctions and clean water are all part of an integrated coccidia control plan.

The US considers vaccines to protect poultry from bird flu

May 19, 2022
We use cookies on our website to give you the most relevant experience by remembering your preferences and repeat visits. By clicking “ACCEPT ALL”, you consent to the use of ALL the cookies. However, you may visit "Cookie Settings" to provide a controlled consent.
Cookie SettingsREJECT ALLAccept All
Manage consent