Egg prices rise due to flu

Egg prices in the EU have increased 16% since November, due to tighter supplies expected at the start of 2017.

The data, from Mintec Global, shows EU egg prices have risen due to a fall in egg layer numbers, caused by avian flu outbreaks, and rising domestic consumption. In November and December, bird flu outbreaks in mainland EU resulted in egg production forecasts to fall 8% year-on-year in Q1 2017, to 18.5 million eggs.

On the demand side, an expected fall in supplies has prompted an increase in demand as buyers try to secure volumes early, Mintec Global said. In addition, EU egg consumption has remained firm, attributed to consumers purchasing more eggs as an alternative protein to red meat. 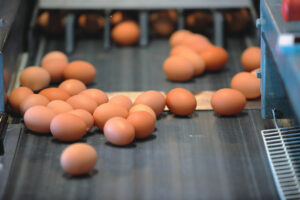