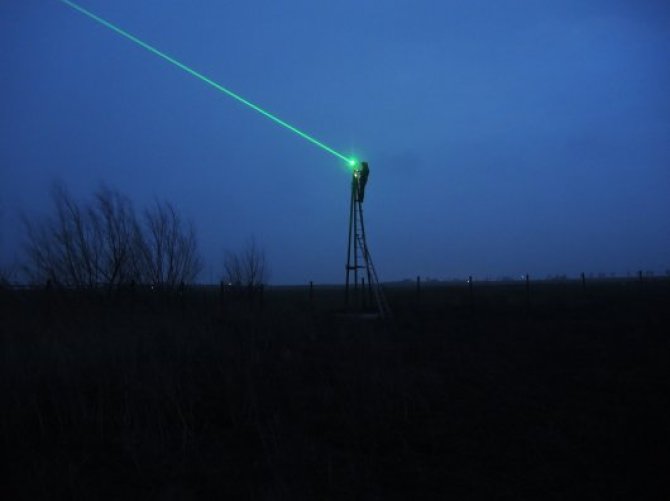 Lasers are a useful tool to deter wild birds from poultry farms and help stop the spread of avian influenza (AI). That was the finding of new research from Wageninen University, that found lasers were able to reduce wild bird incursions by 99.7%

The research was carried out on a free-range poultry farm in England, Orchard Eggs, which had problems with Mallards visiting the farm’s range, particularly from November to February.

Wageningen University & Research used a laser bird deterrent manufactured by Bird Control Group. The laser bird deterrent system has been used worldwide in a variety of applications to reduce bird presence. The system deters birds away by projecting a green laser beam across areas where birds gather. The birds see the green laser beam as a solid object and instinctively perceive it as a physical threat, causing them to flee.

During the study, the laser bird deterrent system was deployed on a six meter pole in the farm’s range and video cameras recorded wild bird visits. The laser bird deterrent was active in the free-range area between 5 pm and 10 am when the laying hens were in the barn. Between 10am and 5pm, the laying hens were in the free-range area and the laser was used to protect the grass pastures surrounding the farm. The study was carried out over two months: one month without the laser, followed by one month with the laser.

“Several mallards came to visit the range between sunset and sunrise daily,” said the study’s project leader, epidemiologist  Armin Elbers. “They look for food and swim in puddles of water that are formed during the winter period by abundant rainfall in the range. While swimming in the puddles, the ducks may defecate. During the day, the chickens drink the same water, as we saw in the video camera images. In the cold winter period, the bird flu virus can survive in such water for a long time.”

“The overall (all bird species) efficacy of the laser for reducing the rate of wild birds visiting the free-range study area was 98.2%. When the laser was not in use in the free-range area a significant amount of geese would visit the surrounding grass pastures during the day,” said Elbers.