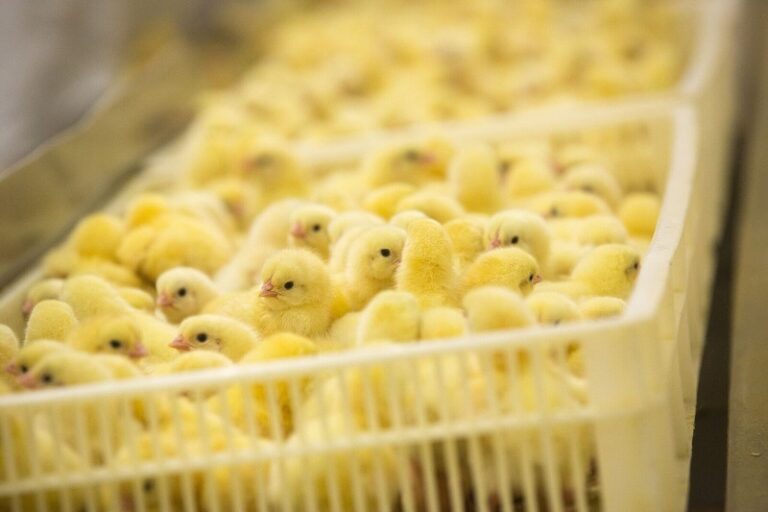 Defra’s plan to change the law for transporting animals has welfare in mind, but could end up devastating the UK poultry sector

The British Poultry Council, which has responded to the government’s ‘Welfare in Transport’ consultation, said “Defra’s proposals can potentially cripple British poultry meat supply chain as they prevent the consistent, secure, and just-in-time flow of birds from farms to processing plants”.

Chief executive Richard Griffiths said the BPC was particularly concerned Defra had no scientific evidence to back up its proposed changes. which would prevent the transport of any animal when the temperature is below 5 Celsius or above 25 Celsius. It would also limit the journey time to slaughter of four hours.

“Health and wellbeing of our birds is of the highest priority and in everyone’s interest. We are disappointed that the Government consultation suggests implementing significant changes to the requirements for the transport of birds without investing in the necessary scientific research and evidence base to support such changes.

“Making legislative changes without latest research would be both premature and potentially damaging to the strides made in bird welfare during transport over the last 25 years.”

It is clear if that if implemented, the proposals have the potential to cause significant disruption to the poultry meat supply chain.

The BPC said limiting journey time of broilers to slaughter to a maximum of four hours (including loading and unloading) would result in a 50% reduction in the total number of broiler journeys in the UK. Also, limiting the transport of day-old chicks to 21 hours would prevent over 70% of UK breeding stock exports and force primary breeding companies to move their breeding programmes to other countries.

Prohibiting both short and long poultry journeys when the external temperature is outside the range of 5-25 Celsius would result in the cancellation of most journeys in January and February as well as a significant percentage of journeys in November, December, March, and April. Implementing this requirement would mean a complete change to the poultry transport fleet. The BPC said this would cost industry £55 million without any evidence-based guarantee of better welfare for the birds.

Preventing the passage of day-old chicks on ferries at the last minute where wind speed is more than 23mph would increase the likelihood of destruction of valuable day-olds, the BPC added.

The NFU has also responded to the consultation and stressed the significant impact the proposals would have on the livestock and poultry sectors, while failing to deliver any meaningful benefit to animal welfare.

The NFU response states that, in order to ensure the best possible welfare outcomes, the main priorities should be the animal’s fitness to travel, loading and unloading and driver training and experience, rather than the length of journey or the external temperature at the time of transport.

The NFU believes that the current regulations for domestic transport are sufficient to deliver high welfare but that more focus from the government and industry needs to be placed on certified training, providing clearer sector specific guidance and improving regulator’s enforcement of the current rules.

NFU Deputy President Stuart Roberts said: “Maintaining high welfare through transport is absolutely crucial and every single farmer wants to ensure their livestock arrive at their destination in good health.

“Transporting livestock and poultry is an integral part of UK food production. The suggested changes to journeys based on duration and weather conditions would cause serious delays and disruption, potentially damaging welfare outcomes, while changes to vehicle requirements would add significant costs and lead to many more journeys being made, increasing greenhouse gas emissions which work against both farming’s and the government’s net zero targets. These are serious issues, especially when no evidence has been provided to suggest they would actually benefit animal welfare.

“With any policy developments Defra makes, it is absolutely crucial they are based on the latest evidence, have industry involvement and take into account our self-sufficiency, productivity and sustainability ambitions.”