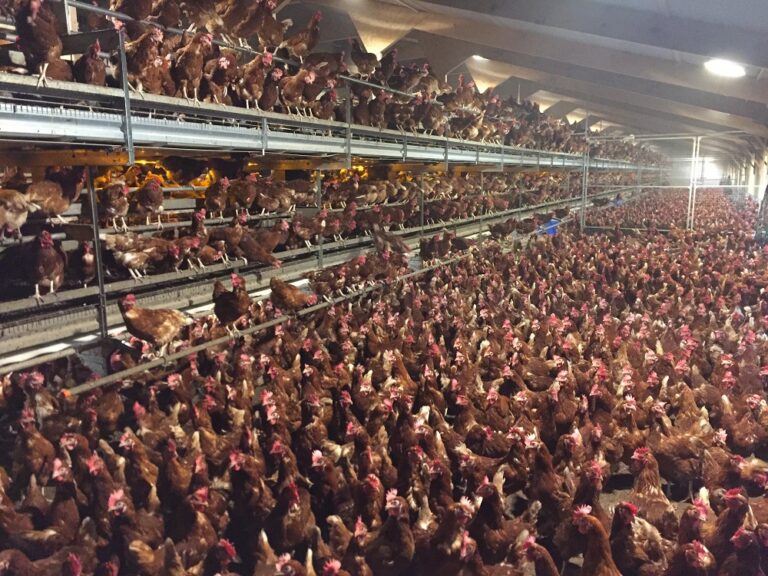 The NFU has urged the government to ensure all imports meet the same standards as UK produced foods, if as planned, UK animal welfare laws are strengthened.

The government yesterday announced plans to “examine” the use of cages in egg production and farrowing crates for pigs, which has been interpreted as an intention to introduce a ban. Currently a quarter of UK eggs come from enriched cage systems.

Responding to the plan, NFU President Minette Batters said she had “serious concerns about the government’s intention to raise the bar at home, without any certainty that the same standards will be applied to imports.

“There are still many practices allowed in countries we are currently negotiating with that are banned here, on welfare grounds.

“It’s also important to recognise that two sectors the government has singled out, poultry and pigs, have some of the highest engagement levels in farm assurances schemes, meaning they are managed and audited against robust animal welfare standards.

“Just over a quarter of eggs sold in retail last year were from enriched cages. If this production system were to be banned in this country then there is every prospect that the demand would simply be fulfilled by importing eggs from countries with lower standards.

“If the government is to raise the welfare bar here, it must do so for food imports. It would simply be hypocritical to do otherwise. We cannot have a situation where British farmers adhere to some of the highest standards in the world, only to be undercut by imports that barely meet the lowest rung on the ladder.”

Avian flu: A winter of discontent?