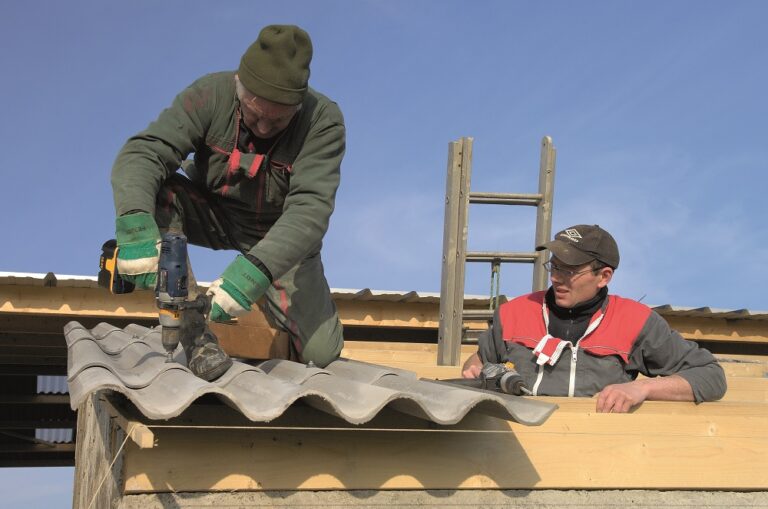 Building materials are in short supply and quickly rising in price, making planning new poultry housing difficult
Any poultry farmer with plans to build new poultry housing or refurbish existing units should carefully consider how the fluctuating cost of raw materials could affect their project. From the ground up, everything that goes into the building of poultry housing is being impacted. Groundworks and construction companies have been experiencing continuous price increases since summer 2020. Steel sheeting has almost doubled in price and shortages of fixings and ironmongery are commonplace. Timber and cement have also risen in price in the past year.
THE LOCKDOWN EFFECT
Several factors have created these unprecedented market conditions, including a boom in house building in countries around the world, lower levels of scrap and post-Brexit delays on imported goods. Last summer timber was in high demand as people embarked on DIY projects in their homes and gardens, and more recently the resumption of house building has tightened availability of materials.
The annual shutdown of European sawmills that happens every summer is compounding the issue further. Construction companies are attempting to reserve materials from suppliers, with quotas being placed on individual firms, which impacts the delivery of projects on time and within budgets.
THE BREXIT EFFECT
As the UK continues to settle into its new relationship with the EU post-Brexit, there is a growing impact on goods being imported from Europe. Some materials used in construction such as silicone are now being restricted, with supplies being allocated to repeat customers, although far less is being brought in than to meet demand.
Once a building is constructed the impact continues with the equipment supplied, many of which comes in from Europe or further afield. With container prices double what they were last year, this increase gets passed on to the end product. Feeders, drinker, fans, bulk feed bins are all affected by the market volatility and longer lead times. Matt Jones is managing director at Knights Construction Group.
He said the price of some materials was changing almost hourly. “The majority of suppliers are only holding prices for 24 hours. Steelwork has increased another £35 per tonne from the last increase from British Steel on 18 May when an increase of £100/t was announced.”
PRICES CHANGING HOURLY
Jones said basic hollow steel sections are now over £1,500/t, with a further £100/t increase in July and possibly another £100 in August being mooted. In addition, there have been “dramatic and unforeseen rises” in cut and bent reinforcements used for groundworks.
“Two staples of the construction industry are timber and cement and we have seen timber increase by over 30% in the last month alone, whilst cement is more difficult to obtain then any time since the second world war,” said Jones. The boom in the housing sector means cement (and therefore mortar and concrete) is effectively being rationed. “We are also finding increases in costs and scarcity impacting non-material elements of construction,” added Jones. “For example, it is taking up to 10 weeks to obtain cabins for sites and all materials from outside the UK have longer forecasted lead in times, coupled with dramatic cost increases.”
DAILY STRAIN
The managing director of another leading agricultural construction company told PB price volatility is having a big impact on the whole supply chain. “It is a day-to-day strain on any company at the moment,” he said. “We could be given a price today and it could change tomorrow, and the biggest problem is doing a deal with someone, and then they ring you up at the end of the week and say they will accept it, by that point it has gone up, and they don’t understand how difficult it is. There is nothing worse than going to a customer and saying the price has gone up.”
“I was after 76 steel rafters last week, on Tuesday evening I had them at £960. I rang them back and they told me price was now £1,070/t. It is out of our control. I ordered some timber, and another buyer offered 40% more while it was on the water, so it was diverted to someone else.”
It is a picture echoed by Tom Simpson, commercial manager at Clarke Group Construction. “We are seeing increases right across the board, on timber, steel, sealants, nuts and bolts. It is making quoting extremely difficult; your quotes are out of date within a couple of days,” he said.
In the initial lockdown, factories and production stopped. And as the world has started to come out of these restrictions, different governments around the world are trying to kickstart their economies with construction, but the materials aren’t there. “At the moment there is a massive demand but not the supply,” said Simpson. “Poultry customers work on fine margins as it is, so it doesn’t take a lot for these farms to be close to the wire in terms of feasibility. I have to say unless you’re going to be placing an order within a week or so, these figures are for budgeting only.”
Construction companies and suppliers predict the volatility will continue through 2022. Any poultry farmers with proposed new builds at the planning stage are being advised to look closely at the situation, to ensure their plans are viable at this time