In July, Poultry Business held a round table discussion via Zoom, sponsored by MSD Animal Health. Red mite was the topic, and PB editor Chloe Ryan was joined by a panel of experts and producers to discuss the challenges and treatment options 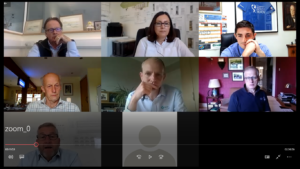 Red mite is a serious and prevalent issue on laying units. Mites feed on hens’ blood at night and reproduce rapidly. Infestations lower egg production rates and act as vectors for other diseases. “Of all the laying units I’ve seen, it is only new builds that don’t have red mite,” says Dave Hodson of Rosehill Agricultural Services.

Most seasoned units have an infestation, and on some units there are no proactive steps being taken to try to control red mite, he says. This is exacerbated by the fact a lot of red mite treatment sprays don’t work as well as they used to. “They have taken out a lot of the effective ingredients for safety reasons,” says Hodson. “So, you get sites where they are 3-5% behind in production. 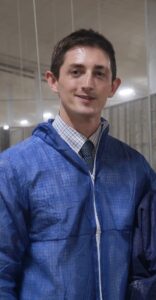 When it is left unchecked you see red mite everywhere and it is more evident in the birds’ health.” Hodson says it is easy to mistake a drop in production related to red mite for other health problems. “You think it’s IB so you start vaccinating for IB, you see breaks in E coli, so you start putting E coli vaccine in the rearing period.”

Richard Turner, poultry vet, says red mites’ role as a vector for other diseases has often been underestimated. “Until fairly recently the treatment and control of red mite was not high on most vets’ radar,” he says. “I think now it’s pretty obvious that red mite is one of the major methods of spreading disease between flocks. It has a huge involvement with E coli and I’m absolutely sure there’s a lot of evidence of stress hormones being released. 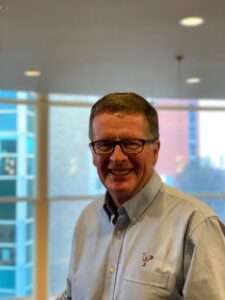 “We all know that stress can lead, within a week or so, to some mortality and I think it’s pretty obvious that red mites are a major component of that.” Red mite is a particular problem in summer, Turner says. “You see these classic pictures in the summer with massive replication rates and some very high levels of red mite infestation, which lead to anaemia and death. “The trouble is that treatment is not easy, control is not easy and it does almost become a sort of background thing that is there all the time.”

THE TRUE IMPACT ON PRODUCTION

Duncan Priestner, producer and NFU poultry board member, described his ongoing battle with red mite on his farm near south Manchester where he has six flocks of 25,000 birds in colony systems. “Red mite has always been an issue,” he says. “We power wash the cages and use a lot of chemicals.” 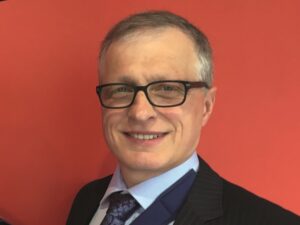 Priestner described the difficulties of cleaning colony units. “What we’re finding is you can get a chemical that works quite effectively, or even sometimes use very cheap product, for example Smite, and you can plaster it on. “But what happens then is that after you do the easy bits, the red mite get to places you can’t spray. So you’ve got staff on their hands and knees or on trolleys, and even after all that work the red mite move again to places where you can’t get the chemical spray.”

Priestner said he had previously taken on a dedicated member of staff to try and manage the problem, but says the job can be “soul-destroying work”. Priestner used MSD’s Exzolt for the first time three years ago in the summer and for the first time “got phenomenal control of it”.

Exzolt is added to the water system and kills mites after they have fed on birds that have consumed it. “We got control right through to about February/March time. Then because of the expense, we thought we would try and get them through to August. So, rightly or wrongly, we let the red mite get worse, thinking we don’t want to go right away

“But at the beginning of August our mortality was getting higher and higher, so we thought we’d spend the money. We did this in a time when margins were quite tight, and we wanted to spend money wisely, and got phenomenal control again through the following year again.”

Trevor Sellers is a free-range producer and vice chair of BFREPA and has had success with controlling red mite by introducing predatory mites to his sheds. He has, over the years, tried many approaches, including agricultural pesticides, which he found eventually led to resistance, and in organic systems he even tried spraying the sheds with orange juice to ‘de-wax’ the mites.

“That worked but the whole shed was sticky and it created other problems,” he says. Sellers’ site is a flat deck system and over 30 years old. “We managed to control it, mostly with Poultry Shield and various other chemicals.” Then four years ago, Sellers started a trial of parasitic mites through APPI. “It worked,” he says. “In the first year we went in with three applications of it; the second year we went in with two applications and the third year it basically pushed all the red mite out of the shed, and the only red mite we had was around the doorways into the shed, so it worked really well.

“We go in at about 27 weeks old and we spread it in the nest boxes. It takes about an hour to throw it round the shed, then they multiply and feed on the red mites that are there. They aren’t hazardous, and they don’t bite you.” Sellers now monitors the population and if there is an isolated pocket of mite, he goes back in and treats them with Poultry Shield, which doesn’t affect the predatory mites.

Turner was interested to hear Sellers’ experience with predatory mites. He says he “started to play” with using them around 10 years ago, but found they were expensive and also one predatory mite ate on average 100 red mites, meaning they need to be introduced before an infestation gets too bad. “If you’re too late then the little predators have got rather a task. If you really are out of control you have to really load the site fairly heavily.”

Wesley Thorne of MSD described how many treatments rely on the person applying the chemical doing a good job. “The thing with Exzolt is because we are putting the product in the bird, the red mite will gain access to that chemical. That’s the fundamental difference because the red mite has to come to the product.” 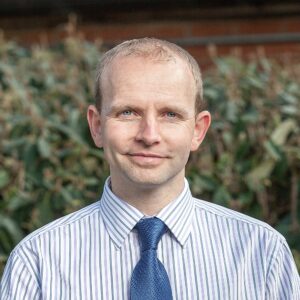 Jean-Paul Michalski, farms director of Noble Foods, described how he helped manage the problem on the company’s farms. “It’s a challenge and, along with everyone else, I think this is something that we massively underestimated in the poultry industry.

“Over the years it’s always being very much a spraying regime, which has just been suppressing the amount of red mite in there. We’ve never been in a situation where we could actually eliminate them completely.

“The other thing to realise is that with those interventions and that sort of treatment schedule there is a stress associated, so going in the middle of the night spraying red mite, going in and throwing powder everywhere again is another stress.” 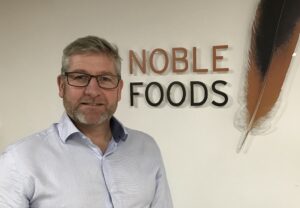 Michalski has used Exzolt and sees the benefit, especially in caged systems. “With colony production those hens are in the cage and if you have a red mite problem there is no escape for those birds. Being able to totally eliminate them, you can see the difference in the bird within a day or two days and it is phenomenal.” Michalski says the company is now working out how best to manage the problem in organic systems.

* The panel discussed red mite in more detail and also debated the health implications of the trend to keep flocks on for longer periods. Full coverage of the round table on poultry health will be featured in September’s special Poultry Health supplement.

Sales and profits up at PD Hook Breeders