The United States has reached an agreement that is expected to open the door for its first-ever exports of shell eggs to South Korea, which is suffering from its worst outbreak of bird flu, US government and industry officials have said.

According to Reuters, the US Department of Agriculture (USDA) has been negotiating with South Korea’s government to enable shipments to take place soon.

Jim Sumner, president of the USA Poultry and Egg Export Council, said the two sides have reached an agreement. South Korea only recently lifted a ban on imports of US shell eggs, imposed following the United States’ own disastrous outbreak of bird flu in 2015.

In South Korea, more than 30 million birds have been culled, most of them egg-laying hens, since the outbreak began in November. The losses have pushed up egg prices and created a shortfall.

“They are very desperate for eggs,” said Sumner.

In an email sent to members of the US egg industry and provided to Reuters, the USDA said it had “completed discussions related to the export of shell eggs” with South Korea. 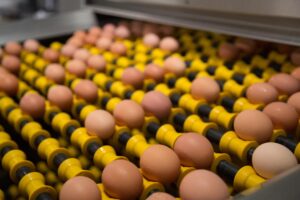